Originally the landing site of General Oglethorpe’s new settlement, the bluff along the Savannah river quickly became the first road and port of Savannah. 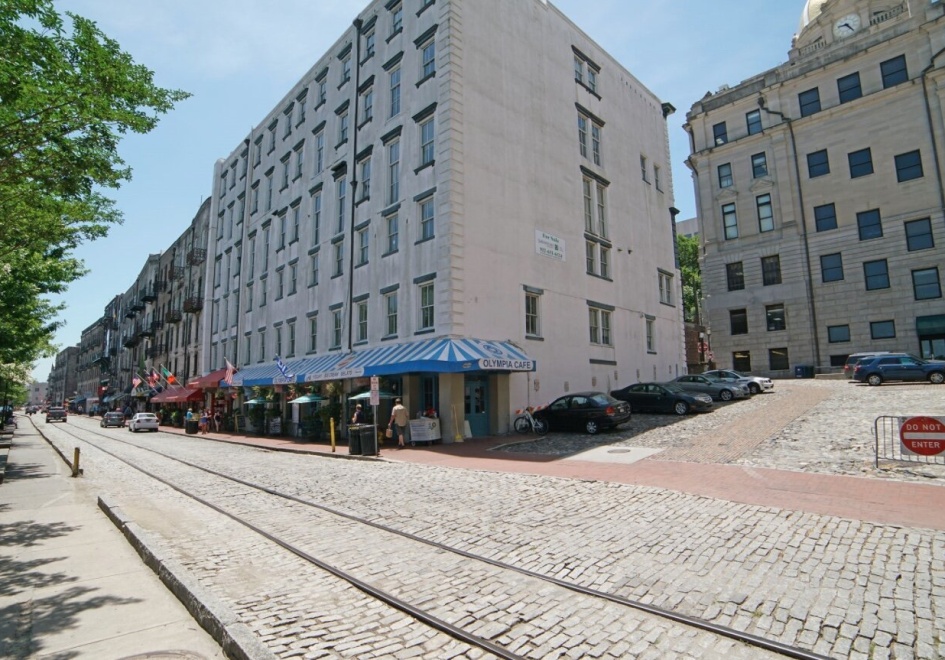 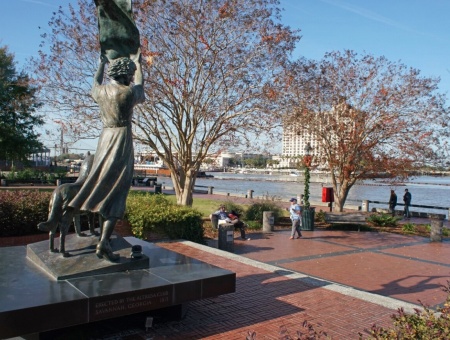 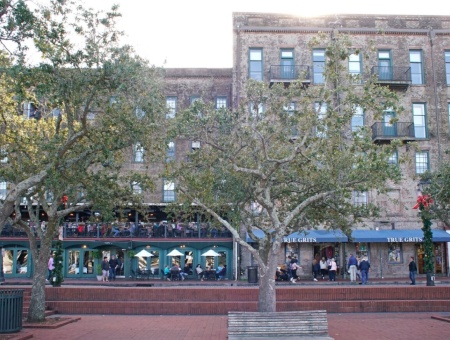 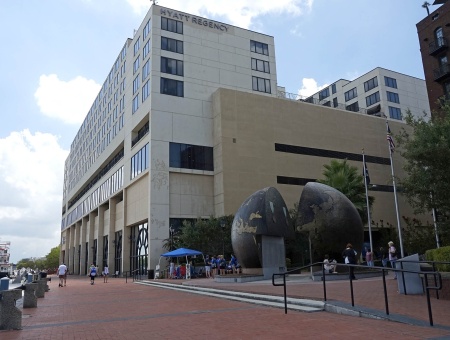 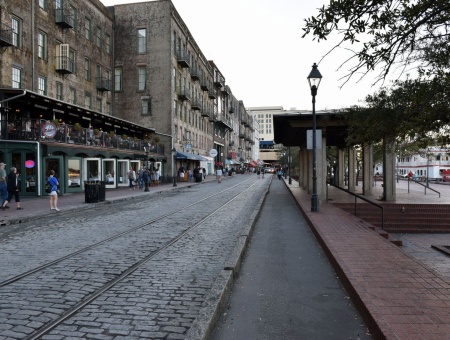 As one of Savannah’s main historic attractions, modern-day River Street looks a lot different than it did during the founding of Georgia in 1733. Originally the landing site of General Oglethorpe’s new settlement, the bluff along the Savannah river quickly became the first road and port of Savannah. A decade later, the first commercial structure along the river was constructed, and by the mid 1800s warehouses lined the river as Savannah became the top exporter of cotton in the world. In 1834 as trade increased, River Street’s cobbled road would be built by enslaved Africans, using the castoff ballast stones that ships discarded at port.

Surprisingly, not many moments of historical significance happen until the revitalization of River Street over a century later in the 1970s. Savannah’s longest running mayor John Rousakis, enlisted the help of architects Eric Meyerhoff and Robert Gunn to re-envision the long-abandoned River Street. Slowly the River Street that we know today began to take shape. Local stories were immortalized in bronze, like the statue of Florence Margaret Martus or “The Waving Girl”, who in 44 years never missed waving to passing ships. By June of 1977, the new waterfront was unveiled, with the John P. Rousakis Riverfront Plaza offering panoramic views of the Savannah River and 80,000 square feet of repurposed historic warehouses as new retail shops.

Despite a century of filmmaking in Savannah, it makes sense that the first of River Street’s film credits takes place in 1974 with the Burt Reynolds classic, The Longest Yard. You can catch a glimpse at what east River Street looked like pre-construction, and even catch Mayor Rousakis making a quick cameo a few years later in another Burt Reynolds film, Gator. Even with its new layout, the historically intact quality of River Street’s warehouses and cobblestones continues to be immortalized on screen by filmmakers. The unique promenade is a texturally rich treasure trove of historic stone, ironwork, and 19th century architecture, all of which were captured by the production Devotion which chose River Street to double as Cannes, France.