Forsyth fountain, is the crowning jewel of the most popular filming destination in Savannah. 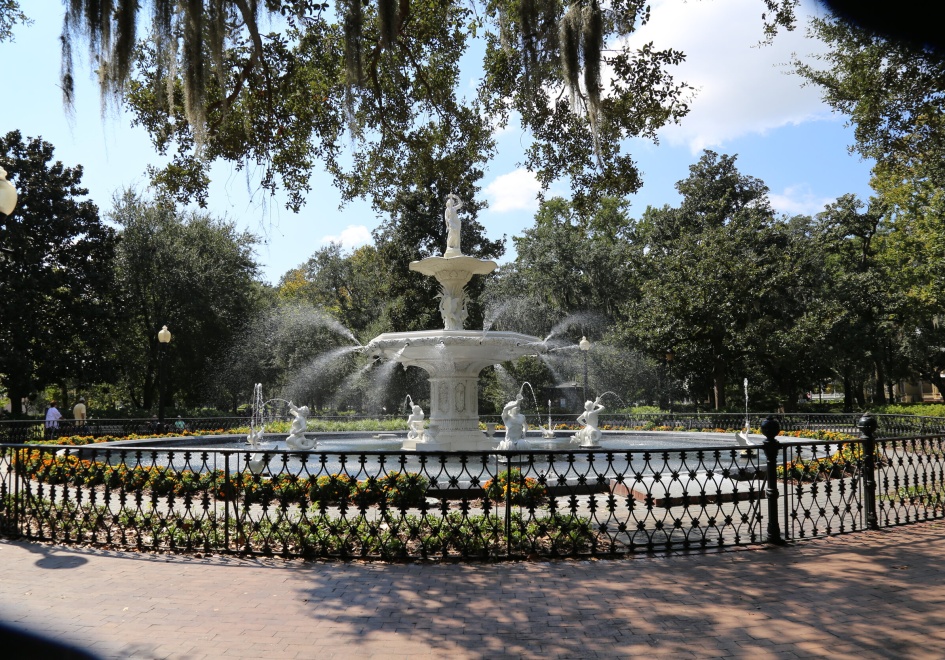 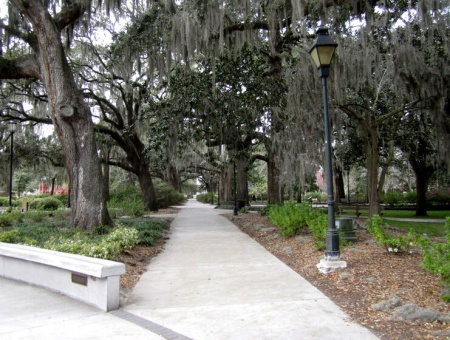 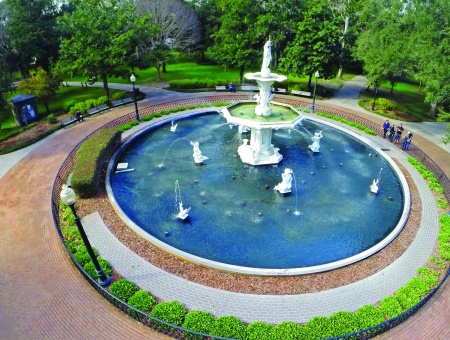 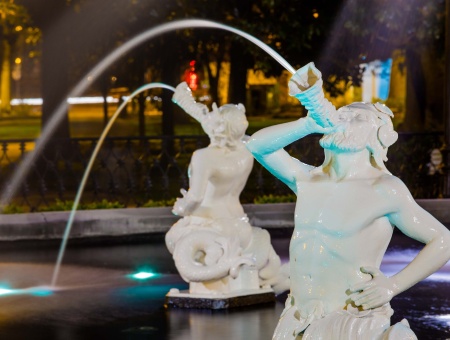 It should come as no surprise that our region’s most photographed location, the Forsyth fountain, is the crowning jewel of the most popular filming destination in Savannah. With its famous fountain, majestic live oaks, and central location, Forsyth Park has been featured in at least 15 major film and television productions as well as numerous commercials, advertisements, and media campaigns. In a city with 14.1 million visitors annually it is estimated that 10 million tourists visit the park’s fountain each year.

Sitting on the southern edge of the historic district, the park was created in the 1840s with ten acres of land donated by William Hodgson. In 1851, the park was expanded to thirty acres by its namesake John Forsyth, Georgia’s 33rd governor, who donated the additional acreage to the city. Originally conceived as a part of General James Oglethorpe’s urban plan, the park has been used for everything from a Civil War Union camp to the official launch of the city’s annual St. Patrick’s Day festivities – when the fountain is dyed green!

The ornate two-tiered fountain adorns the north end of the park, drawing in visitors and photographers alike through the park’s interconnecting sidewalks. Modeled after the Place de la Concorde in Paris, the fountain is not the only one of its kind, similar designs can be found in Poughkeepsie, New York; Madison, Indiana; and Cusco, Peru. City planners ordered the design from the Janes, Beebe & Co. catalogue and installed the fountain in 1858. The city continued adding improvements including a fragrant garden for the blind which was made from an old WWI mock training fort. Today Forsyth park has all the modern amenities expected of an urban green space, with playgrounds, tennis and basketball courts, and a concert stage. You can see Forsyth Park in the Amazon Prime series The Underground Railroad.