Forsyth fountain, is the crowning jewel of the most popular filming destination in Savannah.

Fort James Jackson is a restored nineteenth-century fort located on the Savannah River. 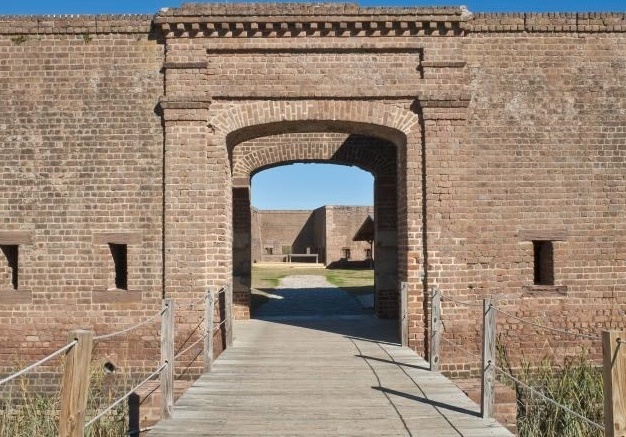 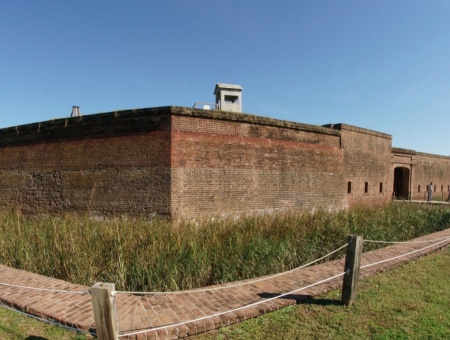 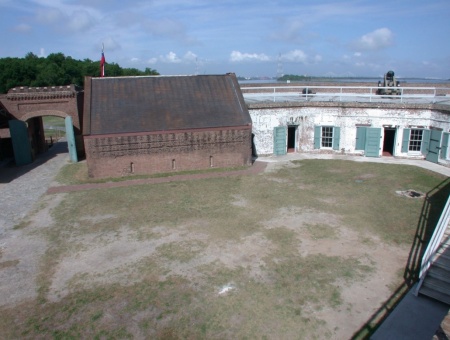 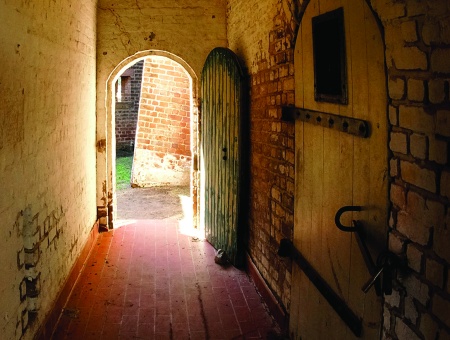 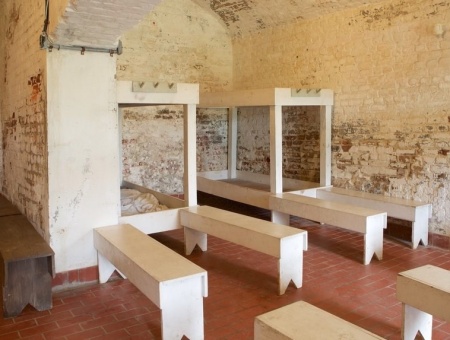 Located just 3 miles from downtown Savannah, Fort Jackson began construction in 1808 as part of President Jefferson’s Second System coastal defense plan. The fort was built over an old Revolutionary battery that had been identified as a strategic site during the founding of Savannah.

Named after the British-born Georgian politician James Jackson, the fort was originally conceived to protect the city from water-based attacks. The fort was completed by slave labor just prior to the War of 1812 but was never attacked. For the next 15 years, the fort was mostly abandoned while Fort Pulaski was being constructed down river. Efforts to revive the derelict fort picked up in the 1850s during the Third System of coastal defense, with an additional powder magazine, new barracks, moat, and drawbridge added.

By the start of the Civil War in 1861, all of Georgia’s federal coastal forts had been taken over by the Confederacy. Unlike Fort Pulaski which quickly fell to Union forces, Fort Jackson managed to protect itself upriver with the aid of torpedoes and river obstacles that kept Union gunboats east of the city. This also effectively cut off Savannah from any sea traffic, and the Union was able to starve the city until William Sherman finally took the fort by land on December 21, 1864 at the end of his March to the Sea.

Like many historic properties, the fort was abandoned after the war. It was decommissioned by the U.S. army in 1905 and over the next 60 years the fort was owned by the City of Savannah, the American Cyanamid Company, and The Georgia Historical Commission which operated the fort as a maritime museum until the Coastal Heritage Society took over in 1976. The fort was named a National Historic Landmark in 2000.

It’s no wonder why many period pieces have chosen Fort Jackson for their films. Fort Jackson is the oldest surviving brick fort in the state of Georgia and one of the few surviving Second System fortifications in the U.S. Thankfully the improvements made during the mid-19th century did not drastically change the original structure and helped preserve its historic design. The fort’s demi-bastion design makes for an irregular shaped fortification, with six-sided ramparts overlooking the Savannah River and crenellated walls to south. Below the rampart sits a casemate of concentric arched storage vaults that have appeared on film as early prison cells. Fort Jackson was immortalized on screen as Harper’s Ferry in the 2020 film Emperor.