Built as a retirement home for railroad conductors in 1927, Oatland Island Wildlife Center is now a nonprofit educational facility. 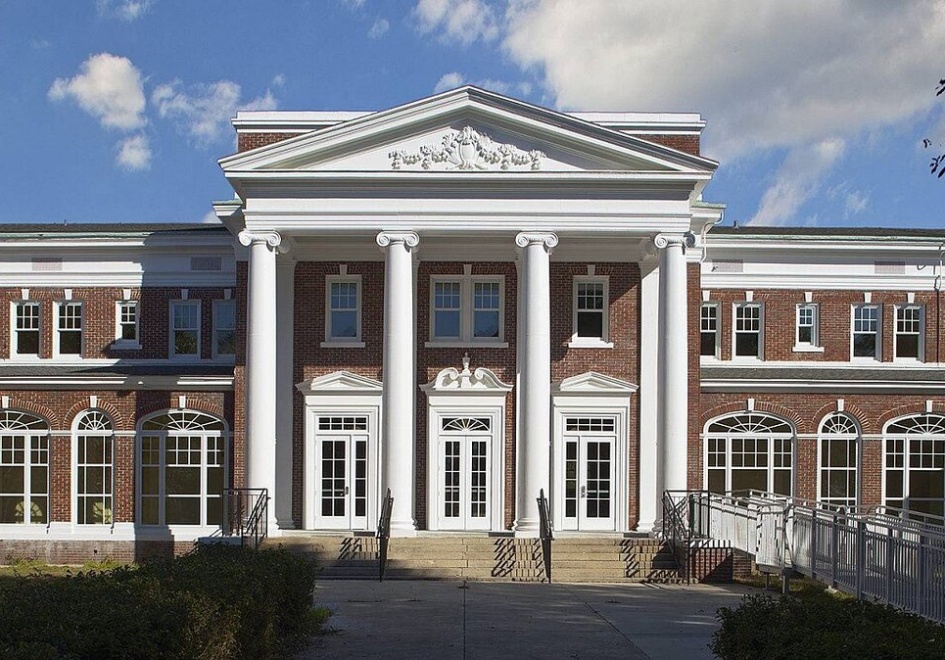 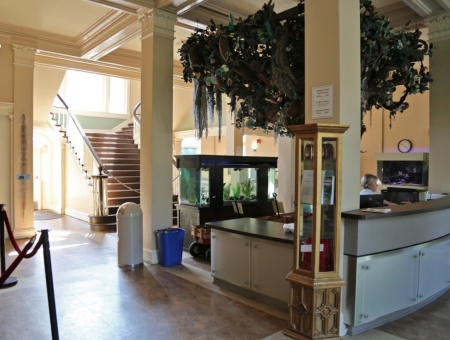 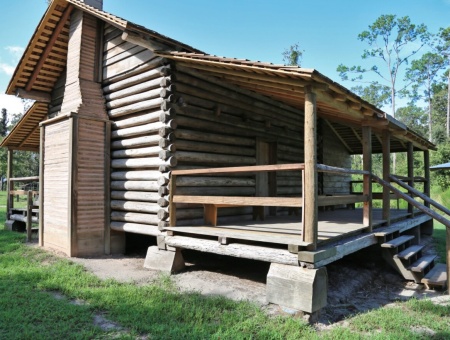 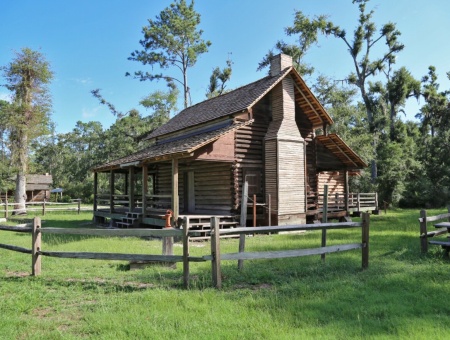 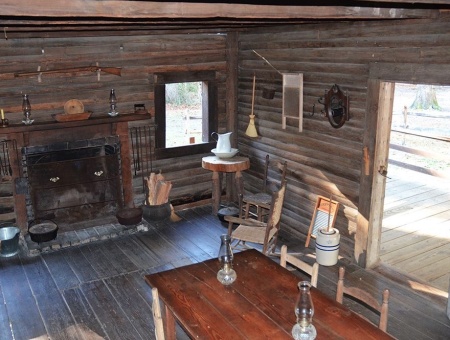 Built as a retirement home for railroad conductors in 1927, Oatland Island Wildlife Center was previously a public health hospital and a laboratory for the CDC before it was purchased by Savannah-Chatham County Public School System and turned into the nonprofit educational facility it is today.

Nestled between Spanish-moss covered oaks, the stately Greek Revival building overlooks the marshes of Richardson Creek and the Wilmington River, and has all the makings of a good Southern Gothic. The large temple-fronted brick building with towering white iconic columns has made appearance in several films, including Creature from the Black Lagoon, The General’s Daughter, Hallmark’s Love to the Rescue, and The Poison Rose. But it’s not just the grand portico of the main building that gets picked for the silver screen. Oatland Island has several restored and replicated homestead cabins that have appeared in Abe Lincoln vs Zombies, Emperor, and Underground Season 2.

When damage from Hurricane Matthew closed the wildlife center to the public for two months, the filming of Underground Season 2 was able generate revenue for the school system that would have otherwise been lost. With over 100 acres of land for production to utilize, it’s not surprising that Oatland Island Wildlife Center is one of our region’s more popular locations.