The Tybee Pier and Pavilion has always been a popular destination for locals and visitors alike. From its original design to the modern-day version, the large pavilion and long wooden pier continues to be a standout landmark of the Tybee coastline. 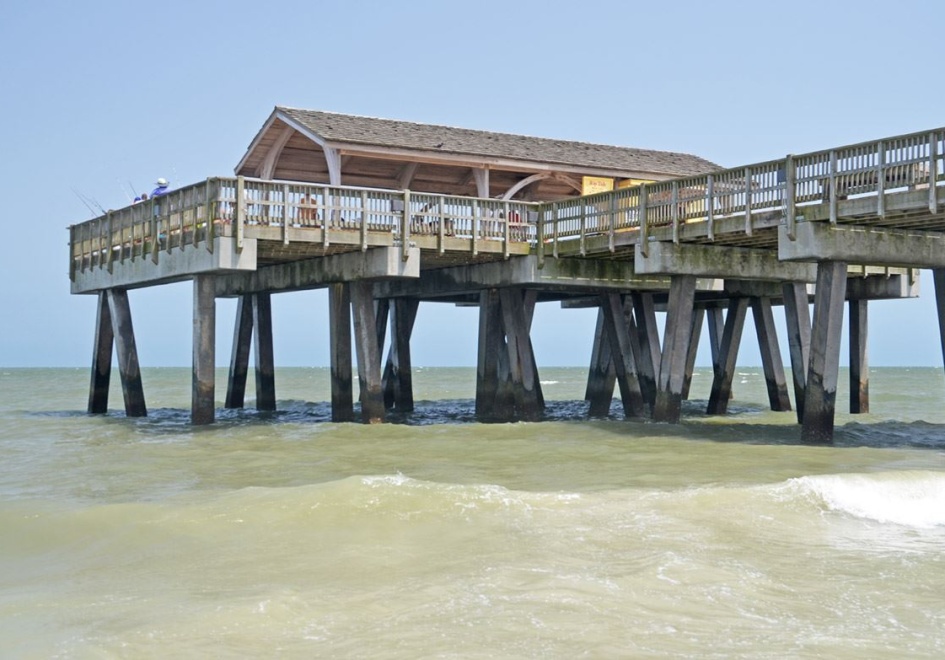 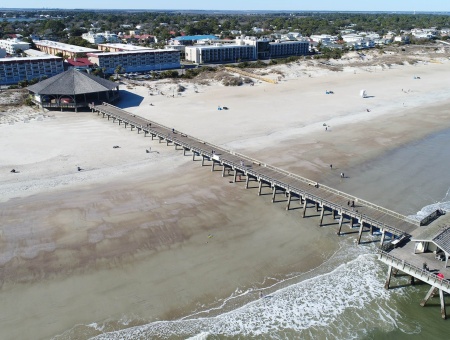 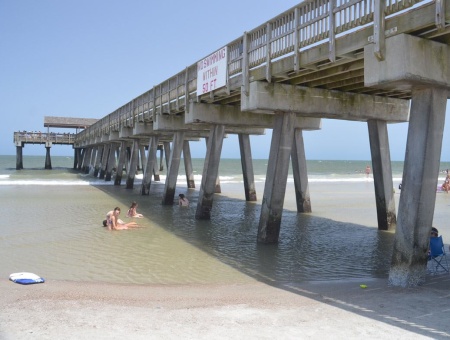 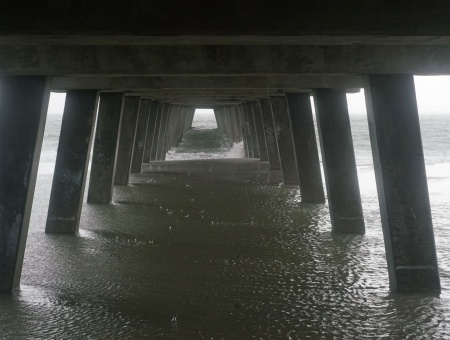 For over a century, Tybee Island’s main draw has been beach tourism for Savannahians escaping the summer heat of the city. In 1887, the Central of Georgia Railroad had constructed a rail line to the island, opening up a convenient route for summer tourists. The Central of Georgia Railway continued their civic improvements by constructing the Tybrisa Pavilion and pier in 1891, which quickly became the heart of the Tybee social scene. By the turn of the century, summer cottages began to establish a growing beach community, with hotels and beach clubs popping up around the popular pavilion and pier.

The original pavilion was the largest on the island. It housed a number of amenities from a bathhouse and restaurant, to a bowling alley and skating rink. The Tybrisa Pavilion also had a large dance floor which made it a prime stop on the Big Band tour for a half a century of jazz and swing entertainers. Sadly, in 1967 a fire destroyed the historic pavilion and pier and did major damage to surrounding oceanfront buildings on the Strand. For close to three decades Tybee was absent its flagship pier and pavilion. By 1995, Tybee experienced a building boom on the island, and renewed interest in public amenities with the upcoming Olympic Games. The attention spurred a movement to rebuild, and by August of 1996 the new Tybrisa Pavilion and pier opened.

The current octagonal pavilion has alternating double-arched exterior supports that offer panoramas of the beach and Strand. The open-air concrete platform is dotted with wooden picnic tables which serve as seating for beachgoers utilizing the pavilion’s concession stand. The pier stretches the length of the beach with a smaller shaded fishing dock extended over the Atlantic Ocean. The arched supports are mirrored on the fishing pier creating continuity throughout the wooden structure. Every aspect of the new pier and pavilion have been captured on film, from Zac Efron riding his motorcycle along the pier in Baywatch to a karate fight sequence underneath the pavilion in Cobra Kai.