The marina made its official silver screen debut in 1961 with the filming of Cape Fear. 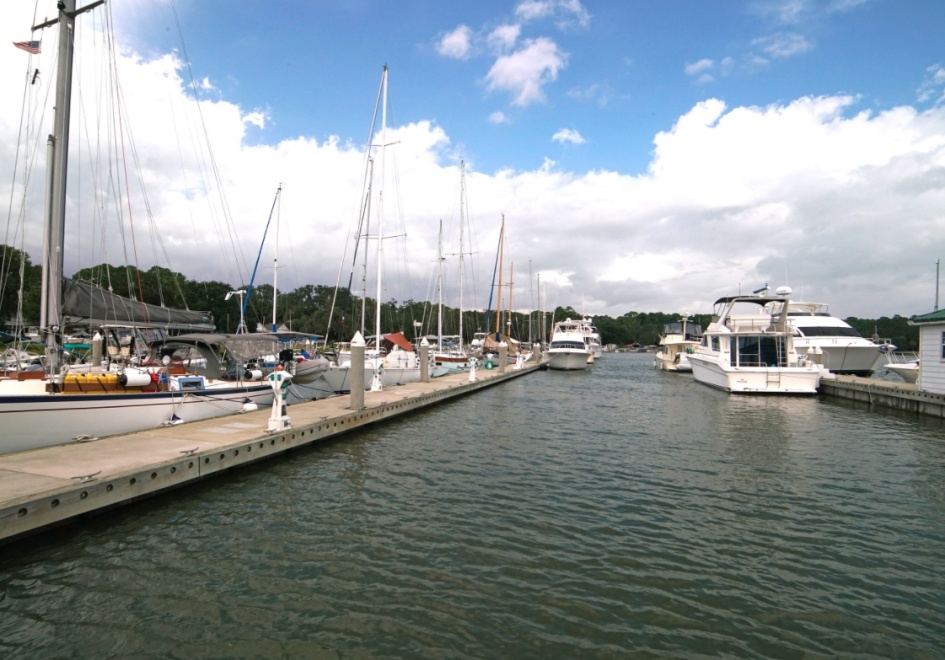 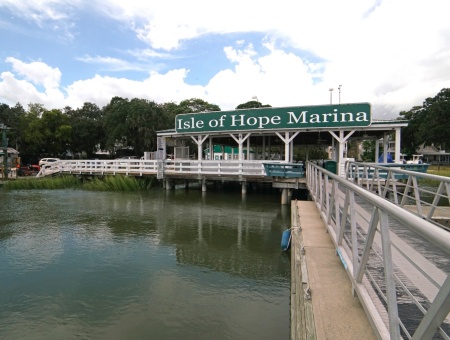 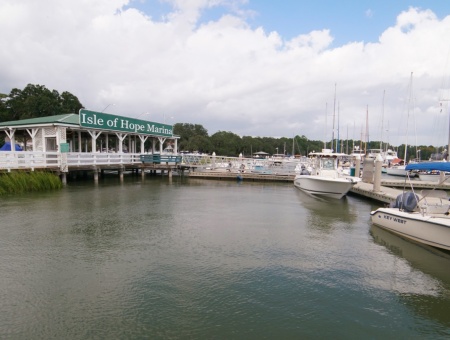 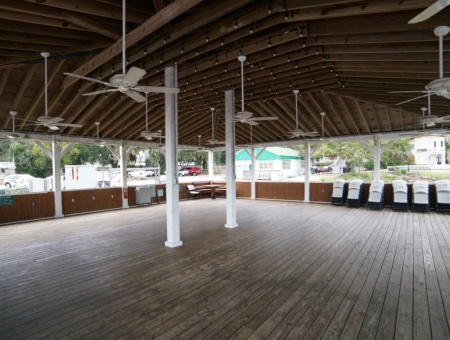 In 1935, Joe Hallman opened the Hallman’s Fish Camp on the bluff of what is now the Isle of Hope Marina. The modest operation grew as neighboring properties set up competing bait shops, boat rentals, and boat repair businesses that catered to the booming market of Savannahians escaping the heat of the city to fish for the day.

By 1939 Bill Brady, who had inherited the neighboring boat rental pavilion, purchased the Hallman Fish Camp and named the rapidly growing marina Brady’s Boat Works. The marina became a major stop for vessels along the eastern seaboard while also catering to local boats that moored out on the Skidaway River. Over the decades, the marina added numerous floating docks and covered storage sheds for boats along the oak-lined bluff.

The marina made its official silver screen debut in 1961 with the filming of Cape Fear and can be seen as Robert Mitchum and Gregory Peck tussle in their first violent encounter on the marina’s main pier. The property wouldn’t appear on camera for another half a century and during that time the historic marina, one of the first on the east coast, was saved from being developed into waterfront condos. Thankfully, in 1996 the current owner, Charlie Waller purchased the marina and began renovating and restoring the docks.

Today the fully recreational marina boasts modern amenities including 4,000 feet of concrete docks, with 600 feet of deep-water docks that can host up to 220 feet of Mega Yachts; a 2,200 square foot over-water pavilion; and newly renovated clubhouse.

Even though the Isle of Hope Marina may not have an extensive filmography, its few on-screen credits have made a lasting impression. Views from the water showcase the marshy banks of the river and impressive spread of boats docked along the marina. While the riverscape inland nestles the marina among giant live oaks and the Spanish moss-covered canopy along the picturesque Bluff Drive. You can see the Isle of Hope Marina’s most recently filmed credit in Gemini Man.