The latest updates on film productions throughout the Savannah Region.

Don’t miss out on any film happenings

The Michelin-Starred Chefs Who Made ‘The Menu’

"The Menu’s creative team also brought in chef John Benhase from Savannah, Georgia, where the film was shot, to teach the kitchen staff... Benhase coached the actors—some of them were local chefs whom he knew—down to the tiniest detail and was on set to spot-check as they worked." Read More

On Location: Savannah’s Finest Dining Is on Display in ‘The Menu’ – A Conde Nast Traveller article

Opening in theaters tomorrow, November 18, The Menu shot on Tybee Island, though viewers likely won’t recognize it. Check out this interview with the film’s production designer Ethan Tobman about making the Southeast look like the Northwest.

Joe Jonas and Kahlid unveil their music video for “Not Alone”, from Jonas’ new film Devotion in an article for People.com.
Devotion, which shot in the Savannah region in the first part of 2021, is a film about “a pair of U.S. Navy fighter pilots [who] risk their lives during the Korean War and become some of the Navy’s most celebrated wingmen.”
The film stars Jonathan Majors and Glen Powell and will premier in theaters nation-wide on November 23, 2022.

The Menu: Out In Theaters Friday Nov 18th

The Menu is in theaters this Friday November 18th! The film, according to a review by Thom Ernst for Original Cin, “is the most entertaining ensemble film since Knives Out, and the most engaging horror-satire since Get Out. But no matter what comparisons and assumptions are made, The Menu will not be the movie you expect.” The Menu was filmed entirely in the Savannah region employing many Savannah crew members. 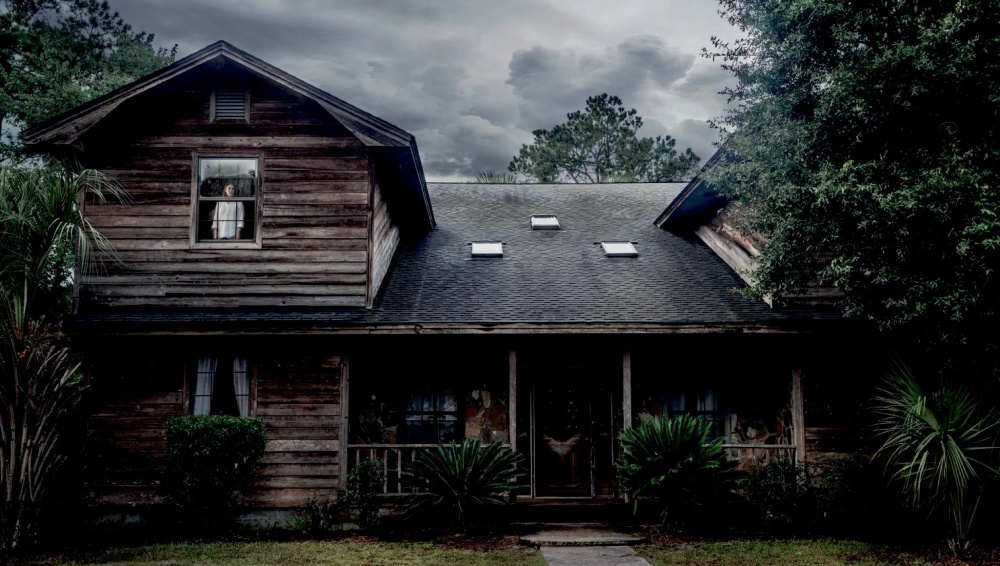 “A Savannah Haunting” is coming to Pooler’s Royal Cinemas IMAX on Oct. 28. It will also play in select theaters across the country. The film will also be available on all major digital platforms including iTunes, Apple TV and Amazon.

Savannah is known as one of the most haunted places in the country, yet the Hostess City has never been the main setting for a haunted house film— until now.  “A Savannah Haunting” is a film based on true events that the writer and director, William Mark McCullough, and his family experienced at their home.

Originally from Savannah, McCullough left for California to pursue his acting career. After several years spent living and working in Los Angeles, McCullough found himself back in Savannah to deal with some family issues. He returned to his childhood home and immediately took notice of the abnormal things happening there.

We are thrilled by this glowing review from the Spectrum Originals TV series Panhandle! We love that the production has such high praise for our locations, cast, and crew! Congratulations to all that made this happen!

The series premiered on September 26 and is streaming Spectrum TV on your Roku device!

“Dying for a Crown” A.K.A “A Homecoming to Remember”: Released on Lifetime Network

On Saturday Sept 24th, “Dying for a Crown,” locally know as “A Home Coming to Remember,” premiered on the Lifetime Network!

The film was shot exclusively in the Savannah region and was Inspired by true events!

Description : “Lydia Campbell (Jennifer Titus) and her daughter Elle (Catharine Daddario) have just relocated to Florida from Los Angeles under mysterious circumstances. Lydia is the new Assistant Principal at Bellview High where Elle is a senior. Being new to town, both are looking to live a better life and will do anything to achieve it. As prom season begins, With Lydia by her side, Elle stops at nothing to gain popularity and become homecoming queen.”

The Savannah-lensed crime dramedy Panhandle has an official premiere date on Spectrum. Spectrum Originals will debut the first two episodes of the eight part series on Sept 26th. Details and synopsis were shared in this great online article from Variety.com .

After premiering at this year’s Tribeca Festival, the Savannah-lensed Crooked Trees Gon Give Me Wings is available to stream. The film is described as “Savannah’s moss-covered forests, with all its whispering winds and enchanted branches, are alive to Bertie Bee Hooks, the gifted granddaughter of an experienced midwife. As she absorbs the wisdom of folk medicine, Bertie Bee will work with her mystical connection to the spirit world as she becomes exposed to the tragedies of a wounded American past.”

The short film was a part of the Indeed Rising Voices program, a collaboration with Lena Waithe, Hillman Grad Productions, Ventureland, and 271 Films. This program aims to discover, invest in and amplify stories created by Black, Indigenous, and People of Color (BIPOC) filmmakers and storytellers.